My speech in vigil for Mahsa Amini and other killed in the uprising of “Woman, Life, Freedom” in the Trinity college of Dublin on 28th September 2022, by adding some tips at the first and a paragraph at the end.

I am Mansoureh Behkish, an activist of the women’s movement and Seeking truth and Justice’s movement in Iran, who have convicted to heavy prison because of my activities. Five years ago, at the age of sixty, I have forced to become a refugee in Dublin. My five siblings; my sister and four brothers and brother-in-law and brother of brother-in-law who were socialists and members or supporters of theOrganization of Iranian People’s Fadaian, were killed with many tortures in the 1980s, along with several thousands other political activists. The Massacre of political prisoners in the summer of 1998 is recognized as a crime against humanity in the world.

First of all, I would like to send my warmest greeting and my love and proud to all the protesters and resistant women and men who are bravely standing under the brutal oppression of the Islamic regime of Iran and fighting for freedom, justice and equality. And I wish the best for all of them and hope we would be achieved to the victory.

I express my deepest condolences to the family of Mahsa Amini and all other families who their loved ones have killed by IRI. I declare that I share their pain and I will raise the voice of them for seeking truth and justice wherever I can.

I feel proud of all the courage of women in Iran and I praise them with all my heart for standing so bravely in the streets. Their original slogan throughout Iran is: woman, life, freedom. They bravely take off their scarves in front of the security forces or throw them in the fire.

Their spontaneous struggles and resistants are a lesson to all patriarchal political activists who ignored the equality of women’s rights during these years and said that it is not our main issue against oppression and injustice of this regime. Now we see that aware and brave women and men stand in the streets and have killed, injured and arrested, but they are not ready to leave the street, because they are know very well that for gain of freedom and establish of fundamental changes in the society and to end ]this oppressive and patriarchal regime or any other dictatorship and patriarchy, should be done through struggles of people with the strongly presence of women and men to want equality, movements and revolution, NOT with lobbying the powers that be or planning from above to change regime.

Women are one of the most persistent fighters for freedom, equality and seeking truth and justice in Iran. You have probably heard the names of Communities of “Mothers and families of Khavaran”, “Mothers of Laaleh park of Iran”, “Mothers of Aban” and many fighting women and mothers in Iran who persistently fight against this oppressive government for many years and never have tired, despite many of them frequently interrogated, arrested, tortured, harassment, threated and at the moment some of them are in prison or convicted to prison and lash and I am one of them in exile.

The women’s movement of Iran also has always been one of the most activ and persistent fighters for freedom and equality because they have been continuously humiliated by the government and the patriarchy ruling the society. They do more efforts compare to men and get everything including salary and education  with discrimination. They have been humiliated by the government and society in terms of sex and gender, they have been discriminated and humiliated for marriage, divorce, traveling, not having control over their bodies, for mandatory hijab and for the simplest social rights. women even have been deprived, humiliated, tortured or killed with violently by the men of their families or women who are under patriarchy.

In prisons, they have always been sexually and verbally tortured and humiliated, and for this reason, they are the most persistent fighters for freedom, equality and justice, and they are fighting so bravely, and there is no doubt that in no country, no will be achieved freedom without removal of all discrimination especially for women.

Let’s stand United with together!

If really we want freedom, equality and  justice in all over the world, now is the time of our act to create global solidarity and united of between movements. Many bravely fighting women and men in Iran have killed, and many are in prisons, and many are standing in the streets under oppressive and their life are seriously at risk.

With all my existence and my heart I would hope that we can also put aside buts and ifs and considerations and will support of the movement of “women, life, freedom” in Iran and to rise their voices to the freedom seekers all over the world and call them to join us in solidarity and united with protesters of Iran for freedom.

We be proud, stable and victorious 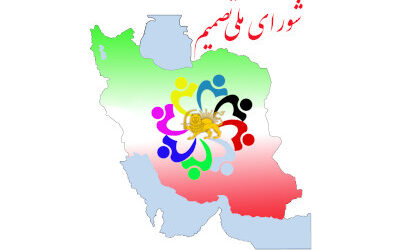 Recently, a group of female political prisoners in Evin Prison in Iran

Recently, a group of female political prisoners in Evin Prison in Iran, published a letter opposing to the issuance and execution of the death sentence for the detainees of the recent protests, and announced their sit-in in the office of the guard officer of the Evin...

Open letter !Urgent Actions needed against the Iranian regime to stop the brutal killing and execution of our children

Dear Sirs and Madams, We, the Iranian Women´s Rights Activists and Human Rights Defenders, respectfully write to you to use your full capacity to intervene and demand the Islamic regime of Iran stop killing innocent people and prevent the execution of our children. We...

To the honorable We are approaching the eve of November 25th, the International Day for the Elimination of Violence against Women. This day was declared by the United Nations General Assembly on October 17, 1999 as a day against violence across the world. This date...